This is our simple shop.

Click on any illustration on the page and a pop-up will appear, like magic. All of the products are related to the village Mitsu and the region where our grandmother lives. Please enjoy the videos and information we created. If you like something, feel free to add it to the cart. 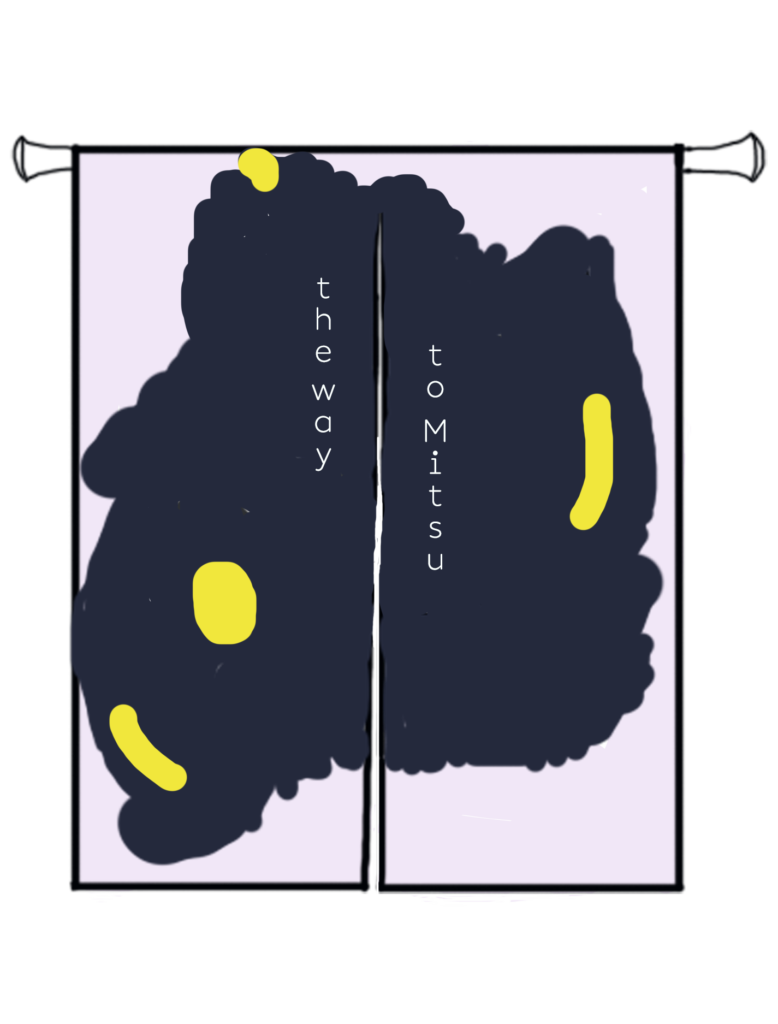 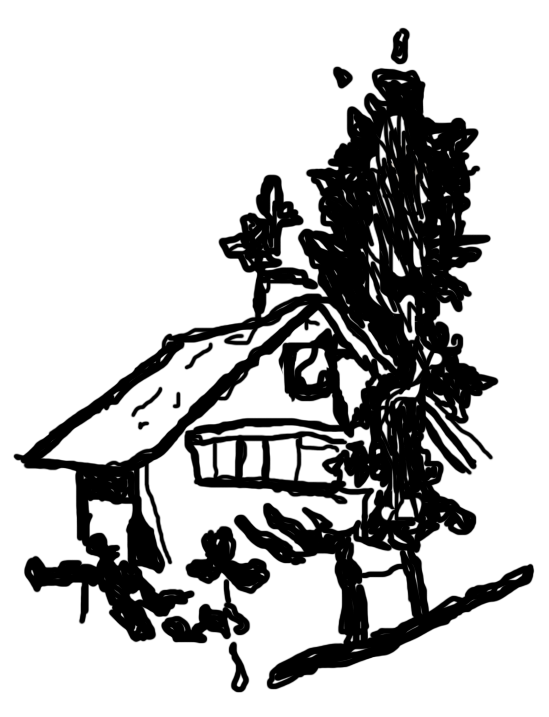 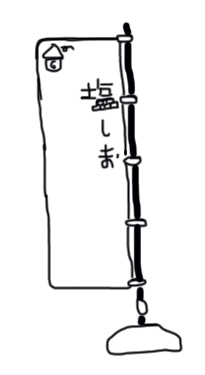 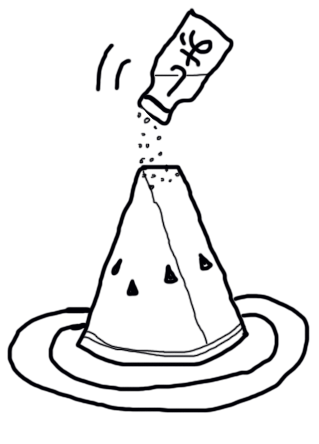 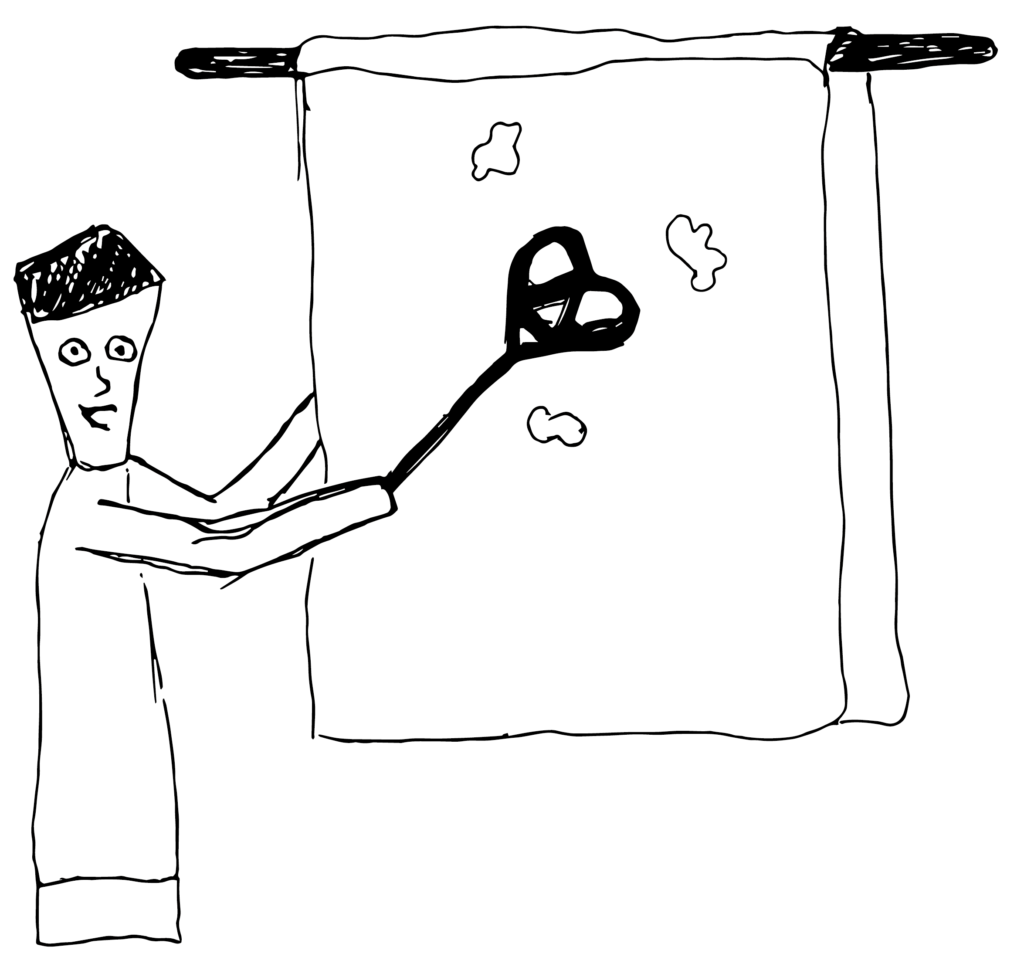 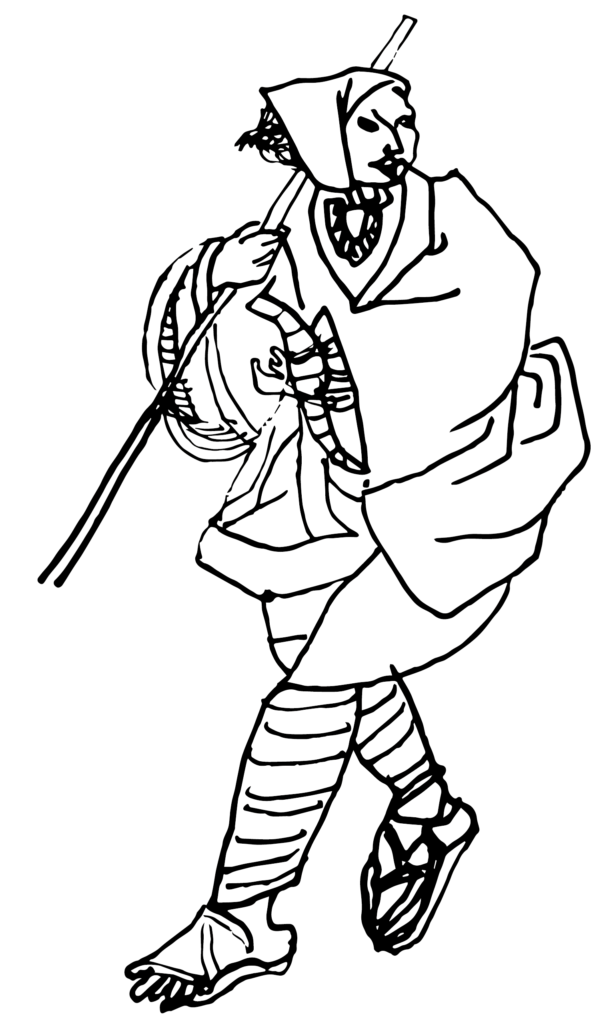 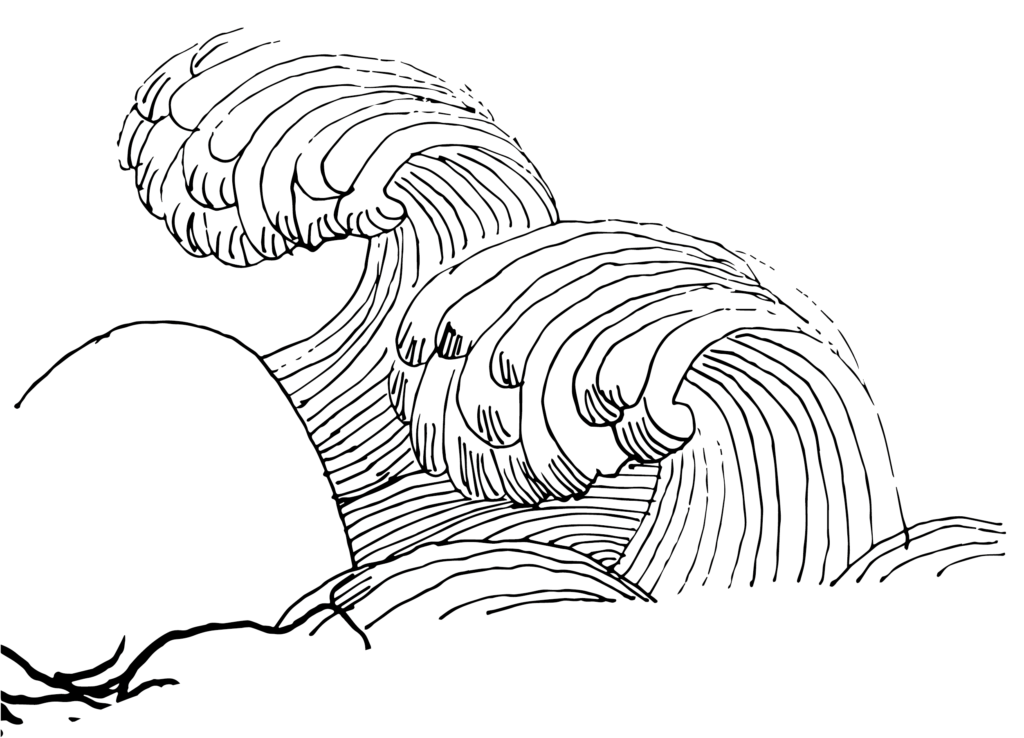 Japanese pure cotton matress handmade in Amino, Kyotango in the longterm family business run by the couple Noriko and Yuichi. The individual cotton mixture, essential to a high-quality futon, is assembled by hand. The cotton cover of the futon has a print design that can be selected individually, such as the second, final cotton cover surrounding the futon which can be removed and washed. The fabrics are printed in Kyoto and put together in Amino, Kyotango. The inside cotton of the Futon will flatten over time and can be renewed after 10 years, which undermines the longevity and ecological aspect of traditional futons. The traditional futon is thin and light (6.2kg) and can be rolled up/folded and placed aside during daytime. Originally the thin futon is placed on tatami mats which are made by rice straw and Igusa straw. They create a soft ground and Igusa has antibacterial properties which prevents growing of mold through humidity under the futon (the folding of the futon prevents that too). The handmade traditional Futon can be as well placed on western bedframes and lath floors and will make a comfortable, healthy and beautiful base.

We were lucky to be allowed to film and interview Yuichi and Noriko during their work.

When we were in Japan our father asked us to send home a real Japanese Futon as he remembered to have such a nice sleep when visiting Mitsu. Our grandmother has around twenty Futons so we asked her where she bought them. She explained that earlier they made the Futons themselves but if we want to buy one, there is a Shop in Amino. Without hesitating she called the Shop and half an hour later we met Noriko and Yuichi in their Futon manufacture. The manufacture is led in the third generation and the couple produces mainly Futons (blankets, mattres and pillows). Yuichi showed us the whole production process which contains almost only handwork (see video). They are one of the last Futon producers to have a cotton cleaning machine. The Indian and Mexican cotton is getting cleaned before placed in the Futon. Yuichi‘s Father and Grandfather were both Futonmakers. As the first born (ichi = one) it was clear that he becomes a Futonmaker as well. When he was around twenty years old he went to Tokyo to extend his knowledge and deepen his skills, learning from the best Futonmaker in Japan. When he returned home to Kyotango the area was still a booming silk-production attracting many people from all over Japan for work. And all these people coming for work had to sleep on something. So Yuichi and his father had so much work to do. Also, as young people got married and every bride had to bring around twenty Futons to the household, they never run out of work. But recently it got a bit harder to sell Futons. One hand there are less and less people living in Kyotango. On the other hand young people are often buying a western style mattress or buying their Futon on Amazon or Rakuten, mostly under 10‘000 Yen and probably imported.
Regarding Noriko and Yuichi‘s opinion a good quality Futon should adapt to the customers body. If a person lies on it his or her body should be flat. Only the head should be around 7cm lifted with a thin pillow. Yuichi‘s mixture of different cotton give a Futon the exactly hardness. In the video you can see how he is pushing down the cotton, feeling if a spot needs more or less filling. As the Futon is very light (7kg) it is very easy to hang it out of the window every once in a while, so it can dry out completely. 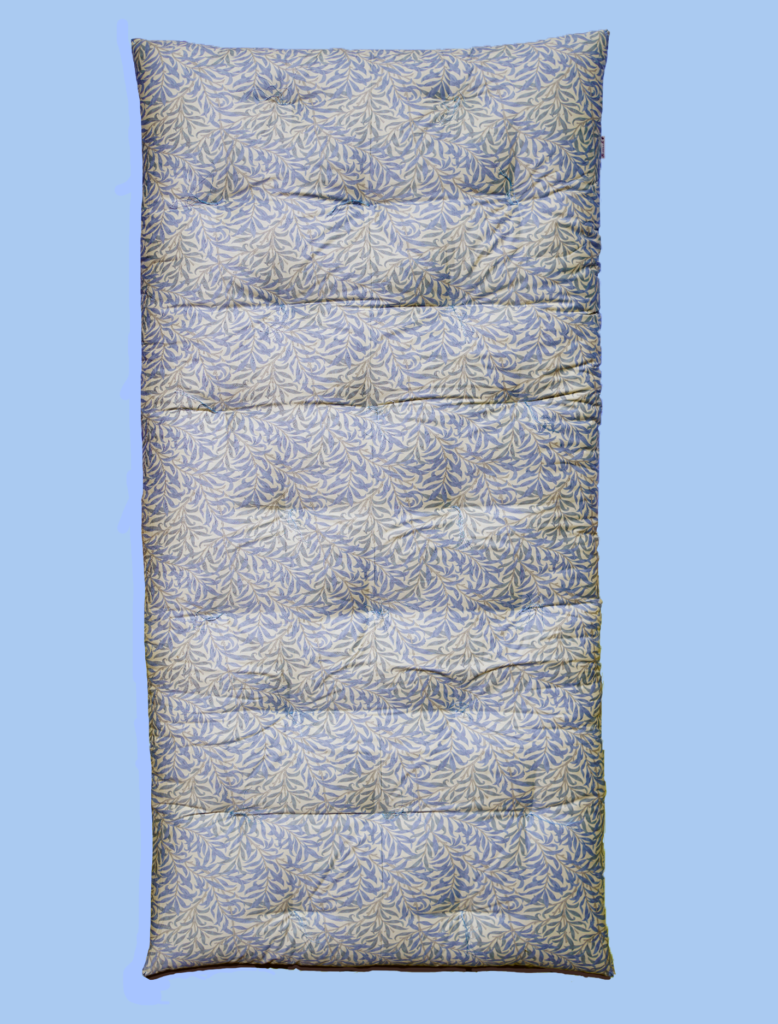 Shiojichan‘s former job was in the Kimono business, of course. Like everyone in the village he was producing high-quality silk fabrics. After retiring he was asked from a local hotel to take over the small salt factory. In the next 15 years or so he managed that his salt got popular and sold in different shops around Kyotango. He also renovated the factory and installed four wonderful, huge stoves to extract the salt. But what‘s best is, that he always was trying different things to satisfy customers. First he had a Karaoke set up in the shop, followed by a pop-corn machine and recently there is a feet cooler machine for the hot seasons. When we visited the last time he offered us a Yaki Imo and Mai was completely freaking out as the sweet potato was just too delicious. The salt is getting extracted over the time of many hours what makes the structure very soft and unique. It‘s best used for a salad, tomato, watermelon or a Yaki Imo of course.

If you want to have a closer insight on the salt production please view the video below.

For a long time a Miso Soup was mandatory to almost every meal. Recently young people are more and more switching to a more western style breakfast without a miso soup. For our grandmother a miso soup for breakfast is out of question. The added vegetables are varying from season to season but she always uses the same Miso from Keiko Yamazaki. Keiko Yamazaki‘s Miso is popular in the region but also many of our mothers Japanese friends living in Switzerland are asking her to bring them a portion or two. Along the Miso our mother brought home very unique handpicked Wakame from Mitsu. In the short video you can see, how the Wakame was harvested this spring.

In Amino we found a small two-men Futon producer. Yuichi and Noriko are leading the business in the third generation. Besides Futons Noriko started to remake slight Blankets out of high-quality, 12 meter long Chirimen-fabrics. As a sample we brought home six different Blankets. They are all 100% silk, hand-painted and one piece only. Through the weaving pattern of Chirimen the silk falls softly and light on the skin and adjusts itself easily to the formation of the body. The blanket can be hand-washed with cold water, nevertheless a professional chemical cleaning is recommended as the weaving structure of Chirimen silk is very sensitive.

Want to read the story?

When we were in Japan our father asked us to send home a real japanese Futon as he remembered to have such a nice sleep when visiting Mitsu. Our grandmother has around twenty Futons so we asked her where she bought them. She explained that earlier they made the Futons themselves but if we want to buy one, there is a Shop in Amino. Without hesitating she called the Shop and half an hour later we met Noriko and Yuichi in their Futon manufacture. The manufacture is led in the third generation and the couple produces mainly Futons (blankets, mattres and pillows). Yuichi showed us the whole production process which contains almost only handwork (see video in the Futon-shop). After we ordered the Futon for our father Noriko showed us slight Blankets she made out of Kimono fabrics. As the demand for Kimonos suddenly dropped thirty years ago, the fabric producers kept working producing highest quality silk fabric without ever finding a demand for it. The fabrics are about 30 centimeters wide and 12 meters long. Noriko‘s Parents were one of the largest fabric producers in Amino – that‘s why she knows a lot about all the fabrics and also how to handle it. The hand painted pattern is only on one side of the fabric, so Noriko must fold it and has to find a way that the pattern looks nice stoat together. She calls the process “Kimono-remake”. In japanese tradition every ceremony was attended with a Kimono but recently suits and dresses were getting more popular. Kimonos are worn fewer and fewer. As about 60 years ago only Kimonos were worn people are still having a lot of high-quality Kimonos at home. Customers send Noriko their favorite Kimono to transform it to a Blanket, so they can still see and use the wonderful fabric. As a trial we went to Osaka to buy Kimono fabrics and asked Noriko to produce the blankets out of it. You can see the samples in the Blanket Shop. They are all unique, one piece only and 100% silk.

About the region Kyotango and Tango Chirimen.

Back in the days Kyoto was the capital of Japan. The emperor, his entourage and many rich people were living in Kyoto. This led to a high demand in Kimonos. In Kyotango it was possible to cultivate the mulberry in an efficient way. Mulberry the silkworms only food and the short distance to Kyoto led Kyotango to become a famous silk fabric region. After world war second the demand of Kimonos had it‘s last peak. Our grandparents produced Obis, the belt of a Kimono. Actually, the whole village and almost everybody we know in Kyotango was somehow related to Kimono fabrication. At this time, they tend to say, every time the sleigh of the weaving machine changes the side, one hundred yen is going in their pocket. As children we heard the “chack-chack” of the waving machines out of every house. Today the sound has gotten very rare and probably won‘t be heard anymore soon.